Social programme during the 15th WIMC 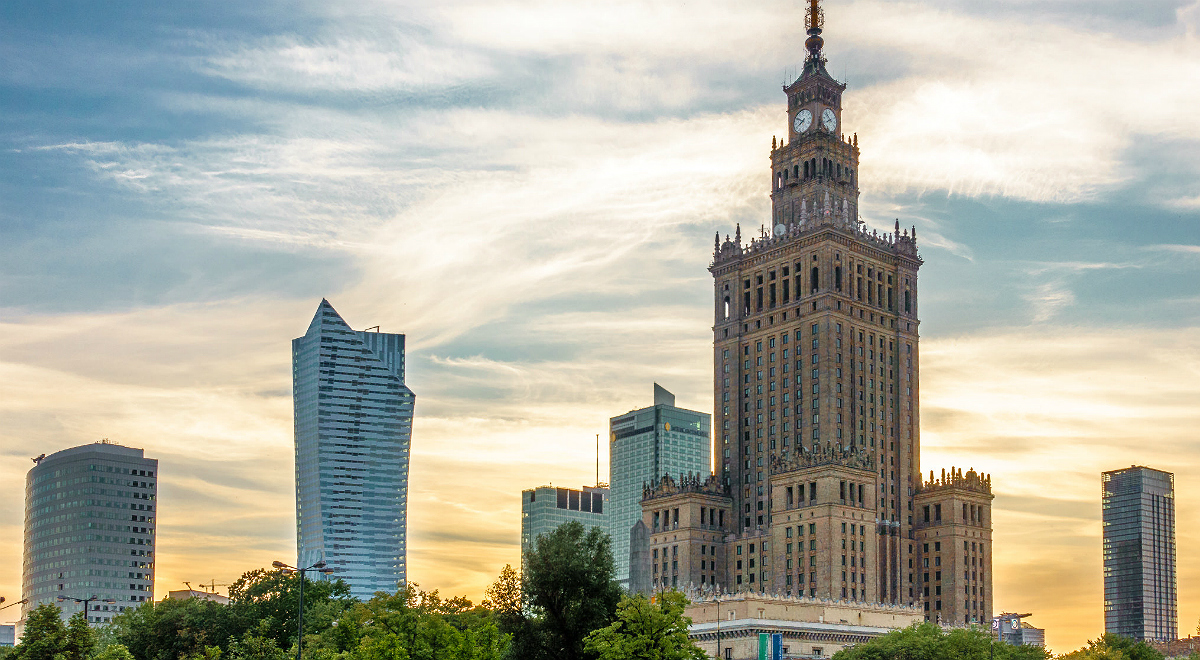 Where: Meeting next to the Pilsudski Monument in the Łazienki Park (click to see map)

Royal Łazienki Museum is a Palace-Garden complex which includes a park (76 hectares of nature, right in the city center) and numerous historical objects. The park was created using the formerly wildly growing forest, allowing the animals to be ‘detained’ under natural conditions. In the 18th century it became the most beautiful planned area in Warsaw and one of the most beautiful in Europe, equally stunning in terms of its greenery and architecture.
Łazienki performs a variety of functions: it is a museum, a place of cultural, scientific and entertainment events, and a favourite place for walks. It is also an important place for music lovers. For 50 years, at the foot of the world’s most famous monument of Fryderyk Chopin, on Saturdays and Sundays during the summer, free piano concerts have been held, gathering crowds of tourists and music lovers.

Where: Meeting on the Three Crosses Square (click to see map)

The Royal Route is one of the most representative arteries of the city, as it combines a series of old royal residences. It starts at Zamkowy Square, goes through Łazienki Królewskie, and then on to Wilanów. It evolved over centuries, and it charms with its scattered churches, parks and residences. And this is just the beginning…

The Royal Castle – built in the 15th century, this castle served as residence of Mazovian princes. Once the capital was moved to Warsaw from Krakow, the castle served as seat of the king and the government. The castle has been destroyed completely during World War II. It was rebuilt between 1971-1988 using castle remains and rubble. Today, the segment with the clock tower opens the way to the Old Town. Museum attractions include two original Rembrandt paintings as well as works by Bernard Bellotto, aka Canaletto, court painter to Polish King Stanisław August Poniatowski. Canaletto’s paintings were vital during Warsaw’s post-war reconstruction.

The gala dinner is a time to party together in the Central Agricultural Library in the very heart of Warsaw. A party with delicious meals and music from all over the world played by a famous DJ is a great opportunity to meet other young scientists, get to know their countries and culture and find long-lasting friendships. Gala Dinner has become a vital element of the Warsaw International Medical Congress, which you cannot miss.

The Old and New Town

Where: Meeting next to The Clock Tower of the Royal Castle (click to see map)

Walking down the streets of the Old and New Towns allows you to rest from the bustle of central city life. Atmospheric alleys, squares, and cosy cafés create a unique sense of history, and in the summer, the Old and New Town Squares become stages for musical and theatrical performances and open-air galleries.

Where: Meeting next to Mermaid of Warsaw monument (click to see map)

Warsaw seen from an unusual perspective of the only wild river flowing through the centre of a European capital. It provides the best views of the Old Town, the National Stadium, Warsaw bridges and the Copernicus Science Centre. All of them are beautifully illuminated at evening. Recently opened (after renovation) boulevards are a perfect place for pleasant stroll during which the tour guide tell the story of the beginning of the Vistula river boulevards idea which has its origin in 30. XX century, resistance, Polish soldiers on the Western and Eastern fronts of the War, everyday life in the occupied city. Nevertheless, also some highlights of the both Warsaw Uprisings are included. Bravery, tragedy, everyday chores, the good and the evil – all to be experienced during the two hours of the Warsaw at War!

Hop on board of this infamous VW cabrio bus (in Poland known as “ogórek” – “cucumber”) and see the evening wonders of Warsaw. The route will include the most spectacular Warsaw’s illuminations, including the Royal Castle boroughs, bridges over Vistula river, National Stadium and Palace of Culture and Science and many more. Our guide will tell you about Warsaw’s long battle between light and darkness, the transition from kerosene and gas lamps to electric ones and how the neon signs dominated our city. Afterwards we invite you to try some of most famous Polish dishes in an atmospheric restaurant located in the Old Town.

Beer, next to vodka, is one of the most famous Polish beverages. We invite you to join us for a couple pints in one of Warsaw’s atmospheric, cosy bars to learn from our guide about history and art of traditional Polish brewery. You will get to try 3-4 types of beer (100-150ml) – main dish and typical Polish munchies are also included! Join in!

*The Social Programme is not financed by innovative pharmaceutical companies unionised in INFARMA.